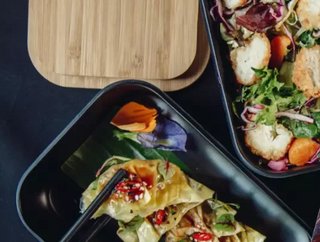 Meat without animals is expected to become the norm within this century. Eat Just

The latest investment from funds managed by UBS O’Connor, a hedge fund manager within UBS Asset Management, Graphene Ventures, K3 Ventures and others will be used to increase capacity and accelerate research and development of Good Meat’s cultured meat products, according to Eat Just.

In a similar trend, Oatly, a Swedish dairy-free milk made from oats, is targeting a valuation of $10bn. This is five times the price tag of a 2020 investment by Blackstone.

Meat without animals will replace conventional meat “in our lifetime”

“This investment, along with the historic decision by JW Marriott Singapore South Beach, points to what’s ahead: meat without killing animals will replace conventional meat at some point in our lifetimes,” said Josh Tetrick, co-founder and chief executive officer of Eat Just. “The faster we make that happen, the healthier our planet will be.”

Eat Just in December received clearance to sell chicken bites containing cultured meat in Singapore, making it the first cultured meat product in the world to earn regulatory approval. Good Meat is sold at a restaurant in Singapore and through foodpanda, a food delivery platform in Asia.

“Just as fully electric cars will someday simply be referred to as ‘cars,’ cultivated meat can become the default if the industry receives adequate public and private funding to scale up”, said Mirte Gosker, managing director, Asia-Pacific, at the Good Food Institute. “Forward-thinking hospitality leaders like JW Marriott Singapore South Beach and restaurants like Madame Fan are providing a sneak peek of what’s possible in that safer and more sustainable future.”