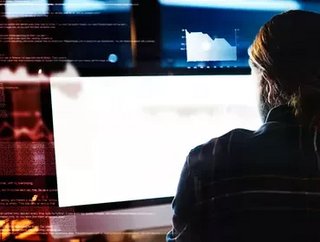 A second cyber-attack in two months on a US business has targeted JBS, the world’s largest meat supplier

The world's largest meat processing company, JBS, has been a victim of a cyber-attack. Computer networks in the USA, Australia and Canada were temporarily shut down.

JBS believes that the ransomware attack came from a Russian criminal group and was not the sophisticated work of vegan vigilantes. However, the attack may cause a rise in meat prices and a shortage of stock.

JBS is the world's largest meat supplier, founded in Brazil in 1953 by rancher José Batista Sobrinho. Now, the company has over 150,000 employees across the world and among its top customers, fast food outlet, McDonald's. JBS processes nearly one quarter of the beef used in the USA, from steaks to quarter pounders.

United Food and Commercial Workers Union has urged JBS to ensure employees that they will still receive their wages.

Earlier this year, a ransomware attack targeted the Colonial Pipeline, which halted fuel delivery for a few days. The attack is also believed to have been the work of a criminal group in Russia.

Despite the US government encouraging companies not pay criminals in ransomware attacks, as this will only encourage further hacks, Colonial Pipeline has confirmed it paid a $4.4m (£3.1m) ransom to the cyber-criminal gang responsible.

This payment may have led to the attack on JBS.

In response to the attack, JBS released a statement: “JBS USA determined that it was the target of an organized cybersecurity attack. The company took immediate action, suspending all affected systems, notifying authorities and activating the company's global network of IT professionals and third-party experts to resolve the situation. Resolution of the incident will take time, which may delay certain transactions with customers and suppliers.”

In the USA, a White House spokesperson Karine Jean-Pierre also made a statement in support of JBS and said it was investigating the issue.

"JBS notified [us] that the ransom demand came from a criminal organisation likely based in Russia," said Karine Jean-Pierre White House spokeswoman. "The White House is engaging directly with the Russian government on this matter and delivering the message that responsible states do not harbour ransomware criminals."