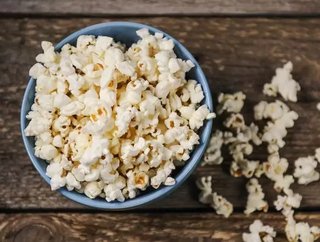 US food manufacturer Conagra brands is reportedly nearing a deal to buy Angie's Artisan Treats, maker of Angie’s Boomchikapop popcorn. Through the de...

Through the deal, Conagra will acquire Angie’s popular brand of Boomchikapop popcorn, said sources familiar with the matter.

Conagra already owns Orville Redenbacher's brand of butter microwave popcorn, but, it is thought that the reported deal could help the company expand and modernise its portfolio. Sources claim that the deal is in its preliminary stages and could fall through.

The potential deal comes as big brands slow their growth and face increasing competition from upstart, fresher or healthier, brands.

Angie’s Artisan Treats was founded 16 years ago by Angie Bastian and her husband Dan in Mankato, Minnesota.

It was initially called Angie’s Kettle Corn, but they later renamed the brand to reflect its widening range of products.

The popcorn is packaged in minimal pastel bags and comes in flavours such as white cheddar, dill, and sweet barbeque.

The snack market has been a pocket of growth for the US food industry, as consumers are increasingly on-the-go.

Salty snacks generated US$27bn in sales across UK stores in the last financial year, according to data analysts Nielson.

The market overshadows the US$21bn spent on candy, $17bn on cheese and $7bn on bookies.