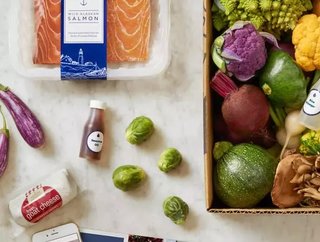 Meal kit company Blue Apron just got a new CEO. On Thursday, the company said that its co-founder and CEO Matt Salzburg was stepping down. The New Yor...

On Thursday, the company said that its co-founder and CEO Matt Salzburg was stepping down.

The New York-based company has tapped insider Brad Dickerson, its current CFO, to take over his role.

Dickerson, who has been with the company since February 2016, previously spent eleven years at sportswear brand Under Armour in senior leadership roles such as Chief Financial Officer and Chief Operating Officer.

He helped to advance the apparel company’s growth strategy and led strong teams that took Under Armour from US$200mn to US$4bn in net revenue.

In recent months, Blue Apron has faced intense competition from services like HelloFresh, which went public in November.

It is also anticipating a new rival in form of Amazon after the e-commerce giant revealed that it was exploring creating its own rival meal-kit delivery service.

Although stepping down as CEO, Salzberg will continue to serve as executive chairman and chairman of the board of directors.

"It has been a tremendous honour to serve as the CEO of Blue Apron since founding the company and I am incredibly proud of everything our team has accomplished together in just five years,” said Salzberg.

“The Board and I are confident that Brad is the right person to build on this momentum,” Salzberg added. “He is a seasoned leader with significant experience working with the public markets, operating efficiently at scale, and delivering value to shareholders. We are lucky to have him as our next CEO.”

Blue Apron markets itself as a meal kit delivery service that allows you to cook gourmet food without having to hunt down all the ingredients.