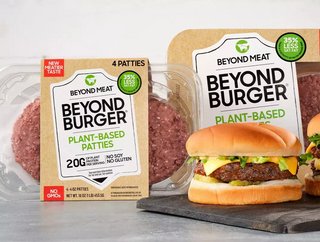 Food Digital takes a look at recent comments from Ethan Brown, CEO of Beyond Meats, regarding a tax on meat products to boost the plant-based industry

The executive of Beyond Meat, a plant-based food company, is encouraging a change to the meat industry. Ethan Brown, Founder and Chief Executive Officer of Beyond Meat, believes that a tax on meat products is necessary for a sustainable future.

Brown expressed his belief that taxing meat consumption would result in higher investment in plant-based alternatives. Although the plant-based market has experienced significant growth, meat consumption is on the rise as more people move into seemingly middle-class positions. Beyond Meat has carried out some research on the market to come to the idea of a tax on meat products.

‘If you look at shopper data that we have, 93% of the people that are putting the Beyond burger in their cart are also putting animal protein in’, says Brown. ‘That says we're getting more and more penetration into the broadest swath of the market, which is people who are consuming animal protein, but again, are hearing this information about their health or maybe hearing about climate, or maybe uncomfortable with factory farming, they're deciding to cut down on their consumption of animal-based products’.

Brown has also gestured towards a deal with McDonald’s and Yum! Brands—the parent company of KFC, Pizza Hut and Taco Bell—that was signed in February. ‘As we scale, we'll begin to be able to underprice animal protein - if you look at our facilities, and you look at the facilities of say, some of our plant or animal-based competitors, right, we're still a very small company [but] that's going to change’, says Brown.

‘One of the reasons I was so focused on these deals with McDonald's and with Yum is because I believe that's the route to [bringing] costs down and to scaling and to being able to make these products accessible to every consumer that wants them’.