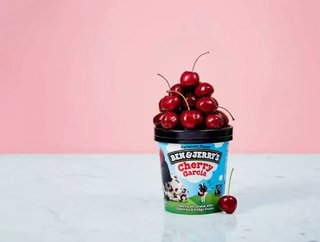 Ice cream giant Ben &amp; Jerry’s has committed to improving the pay and working conditions of labourers hired by its dairy suppliers. The Vermont-ba...

Ice cream giant Ben & Jerry’s has committed to improving the pay and working conditions of labourers hired by its dairy suppliers.

The Vermont-based company signed a deal outlining the goals in an agreement dubbed “Milk with Dignity” alongside the Migrant Justice farm workers association.

All of the farms which supply milk to Ben & Jerry's will soon have to participate in the programme.

Currently, 85% of the milk used for the brand's US-made ice cream comes from approximately 80 Vermont dairy farms, many of which rely on immigrant labour.

CEO of Ben & Jerry’s Jostein Solheim said: “This is a groundbreaking, historic moment not only for two organizations but most importantly for the hard-working dairy farm workers who are a critical part of our community.”

“Vermont’s farmers can continue to set the tone for the dairy industry. Today, whether it is for animal care, environmentally sound operations, and now, enhanced labour practices, Vermont’s farming community will continue to lead the nation. We are proud of our partnership with the St. Albans Cooperative and these farmers have our full commitment.”

Solheim reportedly said that any extra money paid to farmers under the new agreement would not be passed through ice cream price hikes but, rather, the company would absorb the cost.

This shouldn’t put much of a dent in the company’s bottom line, given that the food giant reported sales of US$4771.mn for the fiscal year in 2016.

This makes Ben & Jerry's the third most popular ice cream brand in the US, according to analytics company Statistica.

Known for its quirky ice-cream flavors such as Phish Food and Chunky Monkey, Ben & Jerry’s has committed to work towards the goal of sourcing 100% of its dairy ingredients through the Milk with Dignity Program and, moving forward, it has said that the program will be one of the focused 'pillars' of the company’s new dairy sourcing.