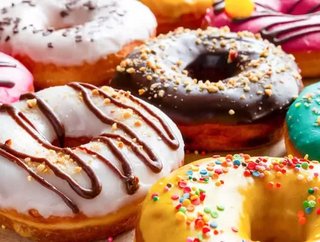 The group owns well-known brands such as Crust Pizza, Gloria Jean’s, Donut King and Brumby’s Bakery and bought food distribution business Hudson Pacific Corporation a year ago.  It's estimated that acquisition, along with the founding of a commercial division, contributed $11.8 million in underlying earnings.

An aggressive expansion strategy has seen the company take a number of brands abroad - such as Donut King in Sweden and Myanmar and Gloria Jean's in places including the United States and the UK.  It’s A Grind Coffee House, Pizza Capers and Brumby’s Bakery have also moved into new markets.

Managing Director Andre Nell said: "Gloria Jean's is most well known globally and we are starting to get more traction for some of our other brands overseas now.

"We are targeting the Middle East region and the US presents significant opportunities, not only for Gloria Jean's, because that's where the brand was established 40 years ago, but also for our other brands."

Donut King was the best performing of the franchise businesses.  Sales rose by just under 5% as some clever marketing, such as the doughnut fries promotion which sold more than 40,000 units in less than 10 weeks, drove healthy revenue.

Retail Food Group's underlying profit rise of 14% to $75.7 million did fall one percentage point below June's estimate though, with the reason given that there were delays in getting some of the international licences.