Is Agriculture the New Oil in Nigeria? Export Opportunities Could Put Region on the Map 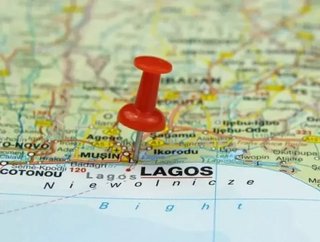 When it comes to industry, Nigeria is growing. All of Africa is, in fact &ndash; according to Africa Progress Report 2014, a study produced by the Afric...

When it comes to industry, Nigeria is growing. All of Africa is, in fact – according to Africa Progress Report 2014, a study produced by the Africa Progress Panel, the economic growth of Africa’s nations is encouraging. But as the report states, economic growth doesn’t always fully equate to a nation’s developmental success. While extraction industries like mining are increasing wealth for global businesses, industries that could more directly support development across socioeconomic borders are falling behind. One industry of particular concern: farming.

“Agriculture remains the Achilles’ heel of Africa’s development success story,” reads Africa Progress Report (APR) 2014. “Low levels of productivity trap millions of farmers in poverty, act as a brake on growth, and weaken links between the farm and non-farm economy – links that were crucial to development breakthroughs in Bangladesh, India and Vietnam. Low productivity has another consequence that has received far too little attention. Africa’s farmers could feed rapidly growing urban populations and generate exports to meet demand in global markets. However, the region is increasingly and, in our view, dangerously dependent on imports. African countries spent US$35 billion on food imports (excluding fish) in 2011. The share accounted for by intra-African trade: less than 5 per cent.”

The Nigerian government has traditionally been as guilty as any of this tactic, spending hefty chunks of oil and mining revenue on importing food from elsewhere into the country. Now, however, Nigeria is among a handful of African countries working to turn this trend around and make agriculture an industrial priority. Entrepreneurs like Aliko Dangote, founder of Nigerian commodity-based conglomerate Dangote Group, are now investing billions into the industry. “If I dreamt five years ago that I would invest in agriculture, I would write it off as bad dream or nightmare, but today we’re investing US$2.3 billion in agriculture, US$2 billion in sugar and US$300 million in rice,” says Dangote in APR 2014.

According to Olusegun Obasanjo, former president of Nigeria between 1999 and 2007, success in this transformation could mean not just self-sufficiency for Nigeria but real economic stability and even substantial trade opportunities, putting agriculture on the same stage of global interest as extraction-based industries.

“If Nigeria commits more resources to agriculture and continues to improve institutional and legal frameworks, it will be in a position not only to feed itself but to export food – and to mark a path for the rest of Africa,” says Obasanjo in an article for the Wall Street Journal. “As Akinwumi Adesina, Nigeria’s agriculture minister, said last year, ‘In Nigeria, we’re making agriculture the new oil.’ It is possible if the efforts are sustained.”

“While our potential is great, no one eats potential,” said Dr. Akinwumi Adesina, Nigeria Minister of Agriculture and Rural Development, during a speech at Columbia University in 2013. “To unlock the potential of agriculture to once again drive the economy, we embarked on a major transformation of the agricultural sector. We are doing this through the rapid transformation of key agricultural value chains – from the farm to the table. We are treating agriculture as a moneymaking business and not as a charitable development project.”

The transformation of which he speaks is Nigeria’s extremely ambitious Agricultural Transformation Agenda (ATA), an initiative launched in 2011 that aims to increase food production by 20 million tons and create 3.5 million jobs, elevating the country’s agricultural sector from platform of subsistence farming to a profitable industry by providing Nigerian farmers with:

The ATA is also made up of sub-initiatives meant to boost the effectiveness of the program, such as the Growth Enhancement Support Scheme (GESS) for improving access to fertilizers and seeds, as well as the Nigeria Incentive-Based Risk-Sharing System for Agricultural Lending (NIRSAL) which addresses the issue of agricultural insurance.

Four years in, the program has already seen some success. The APR 2014 reports that, between 2013 and 2014, rice production in Nigeria has risen to 3.1 million tons – far short of the ATA’s dramatic expectations, but still an overall gain. More dramatically, the country has been successful in fighting back against corruption in the fertilizer industry and made proper farming fertilizer available to 90 percent of Nigeria’s small farmers (compared to a meager 11 percent before the ATA and adjacent GESS took effect). Already, the country is looking to cut back on its current U.S. wheat import bill and rely more on locally grown cassava flour for the production of bread products.

A lot of this progress can be credited to the private sector taking interest – earlier this year, at an address during the 22nd Summit of African Union Heads of State and Government, current Nigeria President Goodluck Jonathan announced that private investors and development partners had put $11 billion US (N1.7 trillion) so far; APR 2014 further notes that private business has contributed 14 industrial-scale rice mills to help tackle Nigerian farmers’ increased output. If output rises further, it is sure to attract even more private sector interest both inside and out of Nigeria.

Still, while 3.1 million tons of rice is certainly an upgrade, it still falls dramatically short the ATA’s grand goals. In truth, Nigeria still faces significant challenges in the years ahead while on the road to self sufficiency and agricultural profit.

One major point at the moment is that, while infrastructure and fertilizer access are improving, further progress – and the funding to make that progress happen – is necessary. In that, perhaps the biggest hurdle for Nigeria is itself. While private sector investments have been generous, the APR 2014 reports that Nigeria has thus far only invested 1.6 percent of its national budget into agriculture, which is far from enough to provide the country with the infrastructure and supplies it needs to meet its goal. Unless more significant investments can be made, Nigeria may end up undermining its own efforts.

The country also faces challenges beyond 2015 as well, not least of which is a landscape that threatens to change drastically over the next decades. APR 2014 predicts above-average warming in Africa within the 21st century, rendering today’s conventional agricultural wisdom irrelevant sooner rather than later. To have a hope of sidestepping this critical issue and continuing on a path of agricultural growth, Nigeria’s farmers will have to learn new techniques and adapt to these changes.

“In the coming decades, climate change will have a major impact on the availability of water and food, particularly in rural areas of developing countries, where agricultural production is the major source of income and employment,” say Claudia Ringler, senior research fellow and project leader at the International Food Policy Research Institute (IFPRI), an organization involved in researching technologies and policies to combat the effects of climate change on agriculture. “African countries are particularly vulnerable because of their limited ability to adapt due to dependence on rainfed agriculture, high levels of poverty, low levels of human and physical capital, poor infrastructure, and already high temperatures.”

To help with this transition, organizations like UNICEF are hard at work in Nigeria, along with other sub-Saharan and similarly equatorial regions, to help supply communities with the tools and education needed to continue farming and growing crops even if temperatures rise and rainfall diminishes.

While adaptation is necessary for the survival of Nigerian agriculture, it may also have beneficial properties far beyond just seeking to remedy the land through artificial means. “According to our analysis, increasing agricultural productivity by 25 percent would be much more effective in countering the negative consequences of climate change in Sub-Saharan Africa than doubling irrigated areas,” says Mark Rosegrant, director of IFPRI’s Environment and Production Technology Division.

“Over 65 per cent of the arable land left to feed 9 billion people in the world is in Africa,” noted President Jonathan at the summit address. “We must not depend on others to feed our continent. We must feed ourselves, and do so with pride because Africa cannot be truly free, until it can feed itself.”

With that much land at its disposal, under the right conditions, countries like Nigeria also hold the power to feed more than just themselves. If the country is able to overcome its challenges and meet (and even exceed) the goals laid out by the ATA, that opens up the door for agricultural surpluses that could make Nigeria-produced commodities like rice and sugar very appealing in terms of global trade..

In Obasanjo’s Wall Street Journal article, the former president expresses optimism over this potential, especially if Nigeria’s government firmly commits to investing significantly more into agriculture now. “Agriculture can be even more than ‘the new oil,’” he says. “One day the oil will run out – but Sub-Saharan Africa will always have its fertile land, its rivers, its youthful workforce and its huge domestic market. Investing now can turn that potential into prosperity.”