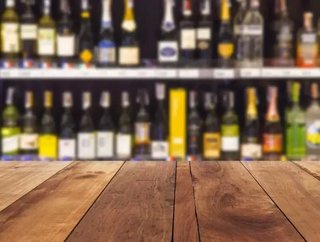 The UK’s biggest alcohol wholesaler Conviviality has confirmed that it will sell its retail business, which includes brands such as Bargain Booze and...

The UK’s biggest alcohol wholesaler Conviviality has confirmed that it will sell its retail business, which includes brands such as Bargain Booze and Wine Rack, to cash and carry wholesaler Bestway for £7.25mn.

Under the buyout, Bestway will also snap up other Conviviality businesses Select Convenience and WS retail, saving around 2,000 jobs at Conviviality.

An update from PwC, the administrator, is expected over the coming days to provide some relief to the 370 franchise-holders who operate more than 7000 shops worldwide.

Matthew Callaghan, a partner at PwC, said: “This deal safeguards the jobs of more than 2,000 employees, ensures franchisees have the ability to continue to trade and creates some much-needed stability for business customers and the sector in general.

“Alongside the sale of Conviviality’s Direct business earlier this week, the total number of staff whose jobs have been protected stands at more than 4,000.”

The UK alcohol wholesaler had strong growth and was performing well until last month when a string of profit warnings and the discovery of a £30mn tax bill, put the firm at risk.

Under the deal, the Irish cider giant gained COnviviality brands including Matthew Clark and Bibendum.

“We feel this acquisition represents a great fit for both Bestway Wholesale and Conviviality’s retail base,” added Zameer Choudrey, chief executive of Bestway Group.

“This deal provides much-needed certainty to these stores and our priority will be to stabilise the supply of stock into these businesses. These retailers can get back to ‘business as usual’ with the confidence of having the support of the UK’s largest independent wholesaler.