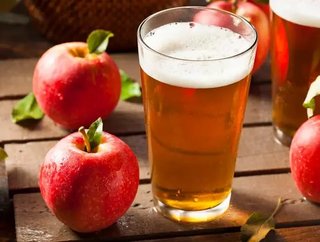 The warm British summer has propelled cider sales above the £1bn threshold for the first time since 2014. Sales of cider in the UK have risen by 5.5...

The warm British summer has propelled cider sales above the £1bn threshold for the first time since 2014.

Sales of cider in the UK have risen by 5.5% year-on-year to just over £1bn during the 12 months ending in July 2017, according to global information company Nielsen.

Cider brands such as Thatchers (+44%), Kopparberg (+21%) and Rekorderlig (17%) experienced particularly strong growth however, Strongbow remains the biggest in the sector with a 28% share in the market.

However, analysts warn that cider companies have to innovate and improve to do better outside of “BBQ season.”

Helen Stares, a Nielsen expert on the liquor industry said: “This is extremely welcome news for cider manufacturers after what’s been a sustained period of struggle.  However, it also highlights that the cider industry is highly dependent on good weather – essentially it’s been brought back into growth off the back of some near record-breaking temperatures.

“Cider is arguably the most reliant alcohol on good weather in terms of consumer behaviour. It's key to long term and sustainable growth is making itself more attractive to people outside of the BBQ season, as indicated by our preliminary data showing sales dropped off quite notably once the weather worsened from late July.”

The data also revealed that beer sales also benefited from the warm weather in May and June, with British households spending 9% more on beer between mid-May and mi-June compared to the same time last year. Helped by the European Championships, beer sales also grew by 5% annually to £3.9bn.

“Even against that comparison, over half a million¹ households bought beer in the early summer of 2017 that didn’t in the equivalent period in 2016. Alongside, new customers, sales revenues are up due to a combination of higher prices and shoppers trading up to more premium brands.”

Beer brands such as Corona and Coors Light (both up by 25%), as well as Budweiser (+18%) and Peroni (+15%),  showcased strong growth across the year, however, Stella Artois remained the biggest in the sector, with a 12.5% share in the market.