Starbucks aims to double its China store count by 2022 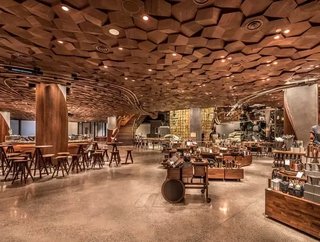 Starbucks Corporation says that it aims to triple its revenue and double its store count in China over the next five years. The Seattle-based firm is f...

Starbucks Corporation says that it aims to triple its revenue and double its store count in China over the next five years.

The Seattle-based firm is facing increasing pressure in the US from high-end coffee shops and cheaper rivals and so it has turned its attention to the lucrative Chinese market.

The US coffee chain has over 600 stores in Shanghai, more than any city on earth, and it recently built its biggest ever coffee shop in the city.

Now, the firm says that it aims to almost double the number of coffee shops it has in the world’s second-largest economy.

This month, Nestle, the world’s largest food and beverage company, also announced that it was paying $7.15bn in cash for the rights to sell Starbucks' coffee and tea products directly to its customers.

Starbucks says that this alliance will also help it expand its footprint in China.

“Starbucks will look to leverage the recently announced global coffee alliance with Nestle to provide even more at-home options to the Chinese consumer in the future,” the company said.

Mark Schneider, chief executive of Nestlé, described the "global coffee alliance" with Starbucks as "a great day for coffee lovers around the world".