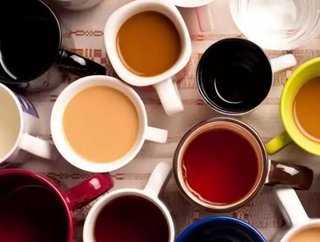 Researchers at Redring (a company that produces instant boiling water taps) took an in-depth look into the hot beverage habits of the nation and discove...

Researchers at Redring (a company that produces instant boiling water taps) took an in-depth look into the hot beverage habits of the nation and discovered that the average British person will consume an astounding 66,685 cups of tea, and 50,589 cups of coffee over the course of their lifetime.

It ended up being the people of Liverpool who emerged as the biggest tea lovers of all, with the average Liverpudlian consuming 1,460 cups of tea EVERY year.

When it comes to coffee drinking, the people in Edinburgh are the biggest coffee-addicts, as they consume (on average) 1,095 cups each year.

According to the poll (which was asked to 1,500 people), over the course of an adult’s lifetime, the average British person will pay more than £35,000 on cups of tea and coffee.

In regards to tea, English Breakfast is the countries go-to-choice, with 38 percent of the people who took part in the poll claiming milk with no sugar is the best way to make a perfect brew.

However, despite a large assortment of elaborate choices, 22 percent of participants decided that the most popular coffee choice was still the humble mug of instant. In regards to the posher coffee choices available, the people of Manchester drink more espressos than anyone, anywhere else.

More than 72 percent of people who completed the poll said that they would rather have a night in and curl up on the sofa with a steaming cuppa opposed to a lively night out at pubs and clubs.

A spokesperson for Redring commented: “Brits are famous for their love of tea. It would seem many of us can’t function without it. Despite the market being flooded by extravagant blends and flavours, it appears good old builder’s tea is what we reach for. Similarly, the research shows that despite the influx of coffee shops on every high street across Britain, you can’t beat a hot cup of instant whether you’re at home or in the office. Our tap gives you boiling water instantly, meaning you don’t have to wait ages for a kettle to boil. So, whatever your favourite cuppa, it will save you a lot of time.”

The survey showed that the typical adult spends more than £447 on tea and coffee from restaurants and coffee shops over the course of a year and a further £120 on hot drinks for the home or office.

The poll found that work colleagues make the WORST tea and that other halves make the best. Although, 18 percent of couple’s row over who makes the fewest hot drinks! The survey stated that couples in London are most likely to fall out over whose turn it is to make the tea.

According to the survey, the best time of day to really savour a cup of tea was 8.40am.