Nestlé strikes $7.15bn deal with Starbucks to sell its coffee 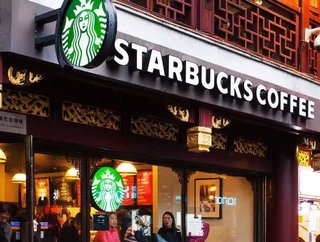 Nestlé, the world’s largest food and beverage company, is paying Starbucks $7.15bn in cash for the rights to sell its coffee and tea products directl...

Nestlé, the world’s largest food and beverage company, is paying Starbucks $7.15bn in cash for the rights to sell its coffee and tea products directly to consumers through supermarkets and other food shops across the globe.

The Swiss firm already owns coffee brands Nescafé and Nespresso, with coffee and creamers generating around SFr17bn ($17bn) in annual revenues for the company, roughly a fifth of its turnover.

The deal will help Nestlé build its footprint in the US - the world’s biggest coffee market - where it has a 5% share.

The Swiss giant is focusing on coffee as a key area of growth and has already made acquisitions in the sector, splashed out a reported $425mn on a stake in upmarket coffee brand Blue Bottle Coffee.

Nestlé is known for its soluble, instance and coffee and capsules for coffee machines so the deal will also help the firm expand its portfolio in the packaged roast and ground coffee market segment.

Under the deal, Nespresso or Dulce Gusto machine owners will also be able to buy Starbucks coffee branded pods for use at home.

Additionally, it will also help Nestlé fend off increasing competition from JAB Holding, who has made several acquisitions in the coffee market segment including its Peet’s Coffee and Keurig Green Mountain deals.

By leveraging Nestlé’s strong distribution network and expertise it will allow Starbuck’s to grow its global presences as its coffee and tea products will be sold through Nestle’s channels in food retail.

It will also allow Seattle-based Starbucks to focus on its US cafe business, which has come under fierce competition from fast-food chains and emerging coffee houses.

Starbucks said it aims to use the funds to bolster its plans to buy back stocks.

Mark Schneider, chief executive of Nestlé, described the "global coffee alliance" with Starbucks as "a great day for coffee lovers around the world".