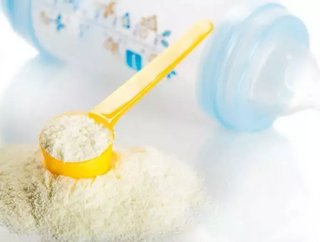 Nestlé’ is investing RUB₽1.8bn or EU€26mn in its first infant formula plant in Russia, where construction has begun, the world’s biggest food g...

Nestlé’ is investing RUB₽1.8bn or EU€26mn in its first infant formula plant in Russia, where construction has begun, the world’s biggest food group has said.

The plant will be part of the existing Vologda site, where Nestlé’ has operated for 14 years.

“This new factory will allow us to strengthen our leading position in the Russian infant formula market by developing our ability to supply both the domestic and the export markets.”

The investment is in line with Nestlé’’s strategy to increasingly focus capital spending on high-growth food and beverage market segments such as coffee, pet care, infant nutrition, and bottled water.

For more than 20 years, Nestlé’ Russia has invested about US$2bn dollars into the development of local production.

The Swiss company owns eight factories in Russia and this new addition will be operational by 2019.

The food and beverage giant said that the plant will use state-of-the-art equipment to meet high-quality standards and will also apply Nestlé’’s principles on reducing its environmental footprint, aiming for zero waste.

With a footprint spanning 191 countries around the world, Nestlé has established itself as the largest food and beverage company in the world.

It is hoped that the new plant will strengthen Nestlé’s position in the Russian infant-formula.