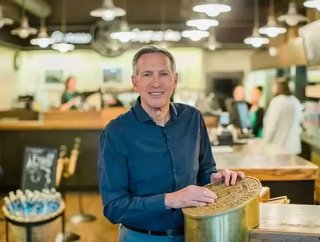 After more than three decades managing the growth of the world’s largest coffee chain, Howard Schultz is to step down as executive chairman of Starbuc...

After more than three decades managing the growth of the world’s largest coffee chain, Howard Schultz is to step down as executive chairman of Starbucks.

Under Schultz's leadership, Starbucks has delivered a 21,000% gain in the value of its stock price.

During his time leading the company, he has also helped Starbucks to grow from 11 stores to more than 28,000 stores in 77 countries.

"I set out to build a company that my father, a blue-collar worker and World War II veteran, never had a chance to work for,” Schultz said in a memo addressed to past and present Starbucks partners.

“Together we’ve done that, and so much more, by balancing profitability and social conscience, compassion and rigour, and love and responsibility.”

Schultz is set to relinquish all his duties at the Seattle-based chain effective as of 26 June 2018.

He joined Starbucks as its marketing director in 1982 and purchased the chain in 1987.

In 2017, Schultz transitioned from CEO to executive chairman, shifting his focus towards the company’s social impact initiatives and its premium Reserve brand

“There are no words to fully express our gratitude to Howard for the extraordinary company he has built,” said CEO Kevin Johnson.

“He’s helped Starbucks earn the respect of millions around the world by always being true to a higher calling, and always being bold in creating a better future. He’s taught all of us that it’s possible to be a very different kind of public company. That must, and will, continue on my watch.”

Schultz's departure has renewed speculation over his political ambitions.

In a memo to staff, Schultz said: “I’ll be thinking about a range of options for myself, from philanthropy to public service, but I’m a long way from knowing what the future holds.”

During his tenure, Schultz has received many accolades, for instance, he was named as one of The World's Most Influential People by Time magazine as well as Business Person of the Year by Fortune.