How Carlsberg is using AI to help develop new beers 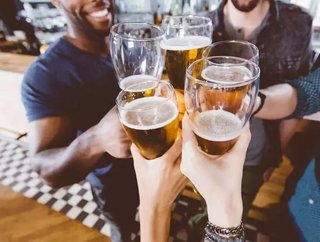 Carlsberg is teaming up with Microsoft for a new “beer fingerprinting project” that aims to quickly detect flavours and aromas of beer. Working wit...

Carlsberg is teaming up with Microsoft for a new “beer fingerprinting project” that aims to quickly detect flavours and aromas of beer.

Working with researchers at Aarhus University, the Danish beer-maker has developed sensors that are able to detect the differences between beer flavours.

By utilising this data, Carlsberg will use artificial intelligence to develop new beers and improve quality control.

According to Carlsberg, one of the reasons why it takes so long to innovate new beers is because brewers have to rely on humans - and techniques such as chromatography and spectrometry - to test liquids and detect flavours and aromas.

It can involve eight to 24 months of research and is often a “tedious process” said Jochen Forster, director of yeast and fermentation at Carlsberg’s research laboratory.

Set to launch in January, the new “beer fingerprinting project hopes to reduce the amount of time it takes to develop new beers by about 30%.

Carlsberg hopes to use the technology to eventually bring a commercial product to market.

The world’s fourth-largest brewer by sales said that the same technique could work in other industries such as the food and pharmaceutical sector.

Carlsberg is spending about US$4mn on the effort, with the government-backed Innovation Fund Denmark investing a further US$2.8mn.

“It’s going to be extremely beneficial for us,” Forster told the Financial Times. “It’s about reducing time and cost to develop new beers, especially for innovative beers with new flavours,”

By utilising artificial intelligence and sensors, the Danish brewer hopes to streamline and quicken the lengthy beer-making process.