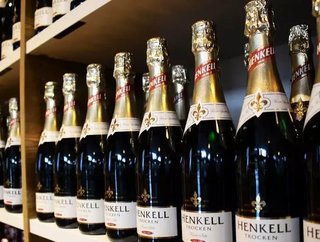 Henkell &amp; Co. Group said that it achieved 5% revenue growth for the 2017 financial year to€526.5mn with the German wine and spirit maker crediting...

Henkell & Co. Group said that it achieved 5% revenue growth for the 2017 financial year to €526.5mn with the German wine and spirit maker crediting the success to the “premiumisation and internationalisation” of its brands.

“Thanks to our focus on premium products and worldwide growth markets, we were able to attain steady growth rates both at home and abroad in 2017,” said the firm’s management spokesperson Dr Andreas Brokemper.

Henkell & Co. said that it had seen significant growth in its domestic country of Germany, noting that revenue grew 4.2% to €156.9m.

The firm noted that domestic businesses accounted for 29.8% of the group’s overall revenue.

The firm said that the key drivers of this growth were its Mionetto, Henkell and i heart WINES brands.

Meanwhile, outside of Europe, the wine and spirits producer noted that the businesses grew 5.4% to €369.6m internationally.

The German beverage company also saw impressive investments in 2017, noting that its number of employees grew to 1,934 last year.

On top of this, the group also invested €15m in vineyards in the Czech Republic, the new Mionetto winery in Valdobbiadene, Italy, and the opening of the Sektmanufaktur at the Wiesbaden headquarters.

One of the group’s most high profile acquisitions was its purchase of a 50% stake in Cava producer Freixenet for just under €220mn.

In a statement, the firm said: “In March 2018, Henkell & Co. signed an agreement to acquire 50.67% of Freixenet S.A.’s shares as well as signing an extensive, international cooperation agreement with the remaining shareholders.

“This step sees both companies joining forces to become a worldwide leading supplier in the sparkling wine sector.”

In April this year. Henkell & Co. also revealed that it had acquired a majority stake in Filipopolis, one of Lithuania’s leading importers and distributors of alcoholic beverages.