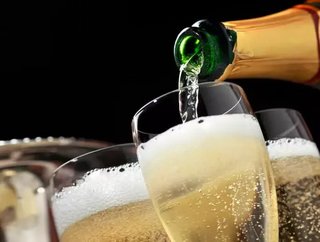 US buyout firm, Carlyle Group, is in exclusive talks to acquirea majority stake inCodorníuRaventós Group, in a deal that values the Spanish cava produ...

US buyout firm, Carlyle Group, is in exclusive talks to acquire a majority stake in Codorníu Raventós Group, in a deal that values the Spanish cava producer at around €390m ($452m).

Under the exclusivity deal, Carlyle Group hopes to acquire Spain’s oldest maker of sparkling wine from its founders, the Raventós family, who will retain a minority stake in the business.

The investment will come from the European arm of Carlyle Group, called Carlyle Europe Partners.

“This agreement will help boost the company overseas and consolidate and give continuity to our strategy, centred on building valuable and prestigious brands,” said Mar Raventós, chairwoman of Codorníu.

“After analyzing our various options, we have reached a consensus, agreeing on a solution which has a lot of potential and takes a long-term view on leadership for the company.”

With 10 wineries spread across Spain, Argentina and California and over 3,000 hectares of vineyards, Codorníu Raventós Group is one of the world’s leading cava producers.

The family-owned business expects to post earnings before interest, tax, depreciation and amortisation (EBITDA) of €26mn ($30.17mn) this year.

Through the exclusivity deal, Carlyle plans to help Codorníu expand into new markets and grow its footprint in existing ones through its acquisitions.

Alex Wagenberg, Managing Director, Carlyle Europe Partners, added, "Codorníu Raventós is an exceptional company, poised for global leadership in the cava and wine industry. The company has a number of first-class brands, which are well positioned in the market.

“We hope to build on this successful trajectory by supporting the company with growing its global footprint, both organically and through acquisitions, and to further enhance its position in quality wines.

“We are proud to support a business with such a strong history and heritage,” he added.

The deal comes after buyout giant Carlyle also announced that it had bought Australia’s Accolade Wines for A$1 billion ($770mn) in April.