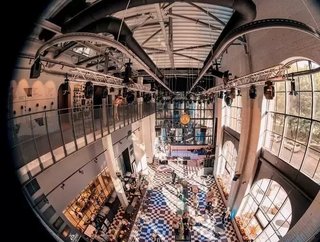 Carlsberg and Brooklyn Brewery have launched a joint craft brewery in Lithuania in order to expand their presence in the Baltic region. Located in the...

Carlsberg and Brooklyn Brewery have launched a joint craft brewery in Lithuania in order to expand their presence in the Baltic region.

Located in the Klaipeda port area, the renovated Svyturys Brewery site has a modern craft beer line, beer museum, gastrobar and shop as well as conference and degustation halls all under one roof.

The opening of the Lithuanian brewery hopes to strengthen the partnership between Carlsberg and Brooklyn Breweries as they move to “excel in the European Craft beer market."

The Svyturys Brewery is the third major joint project between the brewers. They have also opened similar craft breweries in the UK, Sweden and Norway.

“Today the Svyturys Brewery embarks on a new journey, changing a closed and outdated brewing space into a modern, open and social place - where it is all about brewing the perfect craft beer,” said Rolandas Virsilas, Managing Director of Svyturys-Utenos Alus.

“Our ambition is to nurture and support the rich beer culture in Lithuania and to make Svyturys Brewery the centre of this culture not only within Lithuania but also in the entire Baltic region.

“I am sure that this day also marks the beginning of a greater change within the brewing market of Lithuania,” he adds.

The renovated brewery will create craft and speciality beers for the Svyturys and Raudonos Plytos brands.

Speaking of the new facility, Brooklyn Brewery president, Robin Ottaway, said: “In Klaipeda, we found a passionate group of brewers who wanted to introduce new styles and flavours to beer enthusiasts in Lithuania. It was natural for us to partner with like-minded brewers, who also want to advance a good beer culture.”