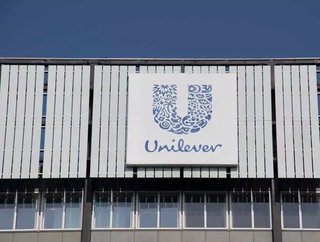 Robinsons squash maker Britvic has announced plans to close the Norwich factory where its fruit drinks have been made for over 90 years. This has spark...

Robinsons squash maker Britvic has announced plans to close the Norwich factory where its fruit drinks have been made for over 90 years.

This has sparked concerns that Colman's Mustard owner Unilever, which shares the manufacturing site, may also close its factory in Norwich, threatening the city’s 200-year link with the well-known mustard.

Britvic said it planned to transfer production of Robinsons and its other well-known drink, Fruit Shoot, away from Norwich to sites in east London, Leeds and Rugby.

The move comes as part of Britvic’s wider aim to enhance efficiency and productivity at the drinks giant.

CEO Simon Litherland said: "Britvic is proud to be a British manufacturer and Norwich has been an important site for our business for many years.

"This is not a proposal that we make lightly and we know this is upsetting news for our colleagues."

The announcement has prompted Unilever, owner of Colman’s mustard to launch a review of its own production at the same site.

The review will include options including the "potential closure" of the plant - where the brand has been made since the nineteenth century.

In a statement, a Unilever representative said: “Following Britvic’s announcement that it is proposing to close its manufacturing site in Norwich, Unilever will be launching a review of its production which is co-located at the site.

“Britvic and Unilever’s operations have been uniquely intertwined at the site for many years, relying on a shared infrastructure. Although no decisions have been made, we need to recognise that Britvic’s proposed withdrawal would have serious implications for Unilever in Norwich.

“One of those options will include the potential closure of our Norwich factory.”

Colman’s has had a presence in Norwich for more than 200 years and has been produced at the same factory since the 1860s.

The announcement as both consumer giants try to enhance efficiency and productivity in their manufacturing processes and supply chain.