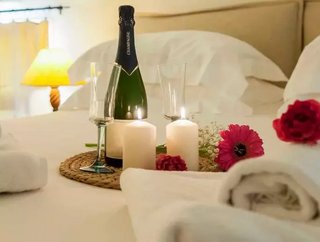 The budget hotel chain, Travelodge, has launched Travelodge Plus, a new hotel brand that is “designed around the needs of the budget traveller who wan...

The budget hotel chain, Travelodge, has launched Travelodge Plus, a new hotel brand that is “designed around the needs of the budget traveller who wants that bit more style and choice.”

Targeting the fast-growing budget hotel market, the British hotel firm is spending £10mn ($13.18mn) to roll out the ‘budget chic’ brand in locations such as Brighton, Edinburgh, Gatwick Airport, London Waterloo and City of London.

The brand’s flagship site will be a 395-room hotel in the City of London. It is expected to open later this year and will be one of the group’s largest ever new build hotels.

The new brand has been designed with a ‘Tranquility Zen’ colour scheme and will offer a range of features such as blackout curtains and built-in USB and laptop power ports.

The launch comes shortly after Travelodge complete its hotel modernisation programme in 2016 and the launch of its SuperRooms brand in 2017.

In a statement, CEO Peter Gowers described Britain as a “nation of budget travellers” with more guests choosing to stay in budget hotels more than any other hotel type.

“The launch of Travelodge Plus helps us offer that little bit more choice for those who want it while staying true to our mission to be the favourite hotel for value. The hotel market is following the same path as airlines and retail,” he added.

“Budget hotels launched as niche offers but now dominate the market, with a wider customer base than ever. After investing more than £100m to upgrade our hotels across the UK, bringing in our ‘premium economy’ SuperRooms and now launching Travelodge Plus, we are now well placed to match the needs of today’s travellers.”