Rubio’s Coastal Grill is expanding to the East Coast 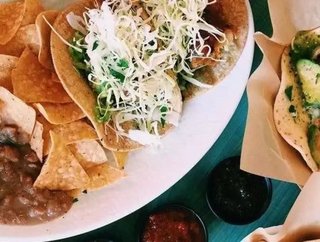 At the beginning of this year, we named San Diego-based fish taco hot spot Rubios as one of our top ten picks for West Coast chains that need to go nati...

At the beginning of this year, we named San Diego-based fish taco hot spot Rubio’s as one of our top ten picks for West Coast chains that need to go national. Now as 2015 is coming to a close, it’s coming true. Rubio’s Restaurants has announced that it will be opening eight Rubio’s Coastal Grill locations in Florida, officially marking its entrance into the East Coast market.

To make this expansion happen, Rubio’s Restaurants acquired eight restaurant locations from Ruby Tuesday Inc.—who had been operating said locations under its Lime Fresh Mexican Grill brand, but is closing many down to focus on its core Ruby Tuesday brand—for $6.3 million. Rubio’s will be converting these eight locations to its own Rubio’s Coastal Grill brand.

“Since opening our first restaurant more than 30 years ago, our quality reputation has steadily spread across the nation,” said co-founder Ralph Rubio in a press release issued by the chain. “Florida is a priority market for expansion because of a shared passion for quality seafood and culinary innovation. We’re eager to be a part of the community and bring a taste of Southern California to the East Coast.”

RELATED CONTENT: Top 10 southern chains the rest of the US needs now

“Our menu is top notch, but the excellent service of our team takes a dining experience from great to outstanding,” added Marc Simon, President and CEO of Rubio’s Restaurants. “We’re excited to welcome Florida-based team members to the Rubio’s family, and together, expand our culinary vision throughout the state.”

So Rubio’s has taken the leap toward national success. Who’s next?