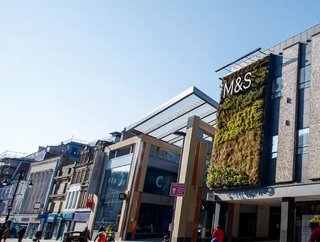 An ongoing issue that has been discussed a lot recently is the food supply shortage that plagues many areas of the world. While the general lack of lorry drivers and the shortage of labour in food retail has been detrimental to the industry, there are several ‘knock-on’ effects of the labour shortages.

Marks and Spencer (M&S) sent a letter to its suppliers expressing its concerns around the implementation of further import documentation as a result of Brexit. A new EU regulation that is expected to roll out next month means that lorry drivers will have to present 700 pages of documents to drive their goods across the border.

The letter states that the five-day working week in some EU offices would cause disruption to the supply chain as many companies continue to ship goods from EU countries on weekends. ‘Modern food systems rely on importing food seven days a week... this working pattern will cause significant disruption to that import schedule and exacerbate the HGV driver shortage’, says M&S.

‘If we don't see a more common-sense approach to compliance, this is going to hurt everyone involved’, the company says as it stresses the food industry makes up over a quarter of all food imports to the UK. The change in import regulation and limited working hours will likely cause issues for imports on both sides of the country, hindering transport from the UK to Northern Ireland.

The letter by M&S also explains the risks from the lack of trained veterinary technicians—to carry out necessary health checks—and poor government communication as rules are not translated into local languages. In some EU states, the inability to obtain Export Health certificates—on two out of seven food industry working days—will also hinder operations.

At a time where co-operation is important for sufficient and sustainable food production, M&S is concerned that the new regulation will prolong the shortage of necessary goods. The company also says there is a ‘real danger of disruption and delay at the EU to GB border that will lead to significant food waste across the sector, reductions in range and availability, and inflationary pressures’.