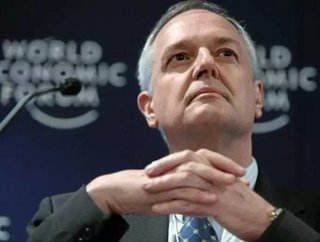 As one of the largest food processing companies in the world, Unilever and its executives are in a relatively unique position to make their concerns and...

As one of the largest food processing companies in the world, Unilever and its executives are in a relatively unique position to make their concerns and ideals heard by a vast audience. Unilever CEO has made no attempt to downplay his interest in sustainability, particularly his interest in attempting to foster a business environment where rapid growth can occur hand in hand with the development of more positive and sustainable production and logistics methods. Through this motivation, Unilever has among other things achieved a number of sustainable sourcing goals for items like palm oil and tea.

Polman’s work guiding as large a business as Unilever toward such goals has attracted the attention of like-minded organizations for a while now. In May, he received the Rainforest Alliance’s prestigious Lifetime Achievement award this year for Unilever’s work with Rainforest Alliance approved farms for the company’s tea leaf sourcing. Shortly after accepting his award, Polman took some time to speak with CSRwire correspondent Aman Singh about the future of sustainable growth and where the industry needs to go next.

According to Polman, creating lasting change within the food production industry is not about waiting for legislation to change and then playing catch up to meet new standards – it’s about thinking long term, observing changes that need to be made, and working together to make that happen, even if it means working with your competitors. “In the absence of politicians, we need to move faster,” says Polman, noting nonetheless that evidence of climate change like increased tornadoes and hurricanes may prompt US lawmakers to take notice and start acting.

Still, there are some hurdles that the industry has to clear before it can move forward as a whole – and some of those hurdles are created by the industry itself. According to Polman, one of the biggest problems holding the industry back is its narrow understanding of the next generation of consumers and what they want from brands. “Consumers are speaking out everyday but we don’t want to see it,” he says. “Then we say the consumer doesn't want to change. If we can tap into the enormous movements, we can create change much faster. That’s the job of the modern day marketers. Their job has changed. It doesn’t work anymore to push consumption.”

As he explains, it’s not just a theory – it’s something he sees happening up close every day. “For my kids, sustainability is the new normal,” says Polman. “They don’t want to watch TV or buy the newest gas-guzzling car. Their generation is already thinking differently. Yet, marketers keep saying consumers don’t want it. Our understanding of consumers [and consumption] is too narrow. We need to get much closer to consumers.”

Another problem, Polman says, is that businesses aren’t asking the right questions to best understand the true concerns of consumers. “Marketers should switch from asking whether consumers are willing to pay for something to which consumer doesn’t want less poverty, more education, a healthier world with cleaner air and better nutrition,” he explains. It makes absolute sense – of course, given the choice, no consumer is going to volunteer to pay more money for a product. That’s simple economics. But if they are told what that extra money is paying for, and it aligns with their ideals, many are more than willing to provide. It’s all about asking the right questions in the right way.

All in all, it’s a fantastic conversation that bears repeated attention. To read more about consumer engagement and three actions that businesses should take to change the world, check out the whole conversation at CSRwire: http://www.csrwire.com/blog/posts/1370-people-get-sustainability-business-and-marketers-don-t-20-minutes-with-the-ceo-of-unilever