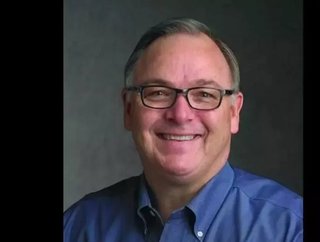 Taco Bell has been on a streak of good luck since 2012 &ndash; when it first dropped the Doritos Locos tacos that changed everything &ndash; and for the...

Taco Bell has been on a streak of good luck since 2012 – when it first dropped the Doritos Locos tacos that changed everything – and for the brand’s CEO, things just got even better. This week Taco Bell parent company Yum Brands announced is succession plan to replace current CEO David Novak when he retires in 2015, and their pick for the new head of Yum Brands is none other than Taco Bell CEO Greg Creed.

That’s a pretty major promotion in the Yum Brands empire, but after the last two years it seems fair to say that he earned it. After all, Doritos Locos tacos alone have created unprecedented sales growth and an awful lot of jobs – and then Taco Bell went out and took on breakfast at a national level, standing up to the reigning kings of the A.M. fast food market and seemingly beating them at their own game. Then there’s the Cantina menu and other smaller tweaks, like a quiet change from red rice to cilantro lime rice as its burrito standard, that Taco Bell has made to freshen up its image and garner broader appeal. If its new more-upscale-ish U.S. Taco brand proves successful as well, the sky’s the limit.

A point has been raised that this move could be viewed as a bit ethnocentric when you consider that, while Taco Bell is certainly dominating in the United States, it’s KFC that is breaking records and ascending to new heights in the Asia market. Associated Press points out, however, that while KFC is still doing extremely well, its recent major poultry supply misstep has absolutely cost it some of it clout as well as its earnings and consumer trust. It’s issues like that which can make all the difference when the time comes to pick a new CEO.

Although Novak will be stepping down as CEO, he will not be out of the Yum Brands picture altogether. According to reports, he has confirmed that he will be staying on in a different capacity as Executive Chairman. He is also reported to be putting together an office with himself, Creed, and Yum Brands Asia head Sam Su in order to spearhead further progress around the world.