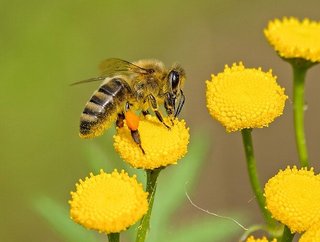 Based on crop yields in 2020, the world produced 3 to 5 per cent less fruit, vegetables and nuts than it could with robust wild pollinator populations according to the research. This translates into an estimated 427,000 lives lost each year from insufficient healthy food consumption and associated diseases, including heart disease, stroke, diabetes, and certain cancers.

Samuel Myers, principal research scientist, planetary health, Department of Environmental Health and senior author of the study said: "A critical missing piece in the biodiversity discussion has been a lack of direct linkages to human health.

“This research establishes that loss of pollinators is already impacting health on a scale with other global health risk factors, such as prostate cancer or substance use disorders.

“But there is a solution out there in pollinator-friendly practices, these include increasing flower abundance on farms, cutting pesticide use, especially neonicotinoids, and preserving or restoring nearby natural habitats. “When these have been studied, they pay for themselves economically through increased production.”

The study, published in the journal Environmental Health Perspectives, assessed dozens of pollinator-dependent crops using data from the global farm study. It found that insufficient pollination was responsible for about a quarter of the difference between high and low yields.

What are pollinators greatest threats?

The researchers used a model framework that included empirical evidence from a network of hundreds of experimental farms across Asia, Africa, Europe, and Latin America examining “pollinator yield gaps” for the most important pollinator-dependent crops, to show how much had been lost due to insufficient pollination. They then used a global risk-disease model to estimate the health impacts the changes could have on dietary risks and mortality by country, and calculated the loss of economic value from lost pollination in three case study countries.

The results showed that lost food production was concentrated in lower-income countries but that the health burden was greater in middle- and higher-income countries, where rates of non-communicable diseases are higher. The geographic distribution was somewhat unusual in that generally the health effects from global environmental change are centred among the poorest populations, in regions such as South Asia and Sub-Saharan Africa. Here, middle-income countries with large populations — China, India, Indonesia, and Russia — suffered the greatest burden.