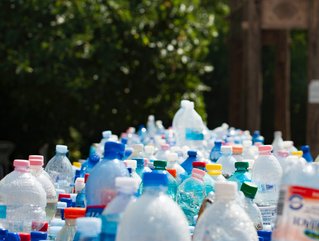 A new cash incentive system, placing deposits on drinks bottles and cans, will boost recycling from 2025 says the UK Government.

Recycling plastic bottles and drink cans is set to be easier for tens of millions of people thanks to a new deposit return scheme, the UK's Environment Minister Rebecca Pow has announced.

New plans set out in a consultation response detail that, through small cash deposits placed on single-use drinks containers, people will likely be incentivised to recycle their drinks bottles and cans, reducing litter and plastic pollution.

The scheme would include special machines, known as reverse vending machines, and designated sites where people can return their bottles and receive their cash back. In most cases it would be the retailers who sell drinks covered by the scheme who would host a return point.

Every year UK consumers go through an estimated around 14 billion plastic drinks bottles and nine billion drinks cans, many of which are littered or condemned to landfill.

The new scheme, covering England, Wales and Northern Ireland, is set to be introduced in 2025, following extensive work with industry to prepare for the necessary changes – including setting up infrastructure and amending labelling. It aims to ensure 85% fewer drinks containers are discarded as litter after three years of its launch.

Environment Minister Rebecca Pow said: "We want to support people who want to do the right thing to help stop damaging plastics polluting our green spaces or floating in our oceans and rivers.

"That is why we are moving ahead using our powers from our landmark Environment Act to introduce a Deposit Return Scheme for drinks containers.

"This will provide a simple and effective system across the country that helps people reduce litter and recycle more easily, even when on the move.

"International examples show that a deposit return scheme can become a simple part of daily life to make recycling easier, with recycling rates above 90% in Germany, Finland and Norway. Current recycling rates for drinks containers in the UK sit at around 70%.

"A target is in place to collect over 85% of returnable drinks containers once the scheme is up and running.

Through the Environment Act, the UK Government is bringing in a wide range of further measures to tackle plastic pollution and litter, including: